The first  Qatar Eid Festival proved to be a blockbuster as tens of thousands of people thronged the stretch of Doha Corniche making the event a major crowd puller of the holiday.

As early as 4pm, the Metro was already jam-packed with people heading to the nearest stations such as Corniche and Al Bidda. The Peninsula talked to some of the commuters who said they prefer to use the Metro as an alternative mode of transport because the train service is easier as the roads in Corniche has been closed.

Qatar Tourism Head of Marketing and Planning Department, Hessa Al Thani said: “Qatar Tourism is pleased to bring back large-scale events that are open and accessible to everyone, especially on this joyous occasion of Eid.

"We’re particularly proud to bring to Qatar a new show not yet experienced in the region.  Furthermore, we are pleased that this festival will support and benefit partners across the tourism and hospitality sector.”

“We are delighted to celebrate Eid  with the residents and visitors of Qatar, having paused for some time owing to the pandemic. We are also continuing our tradition of hosting family-friendly events, bringing multiple activities that suit every age and that align with our culture and traditions,” said Qatar Tourism Acting Head of Events and Festivals Technical Support Section, Hamad Al Khaja.

The main attraction and best-liked is the balloon parade which was cancelled due to bad weather conditions but will be held today and tomorrow. 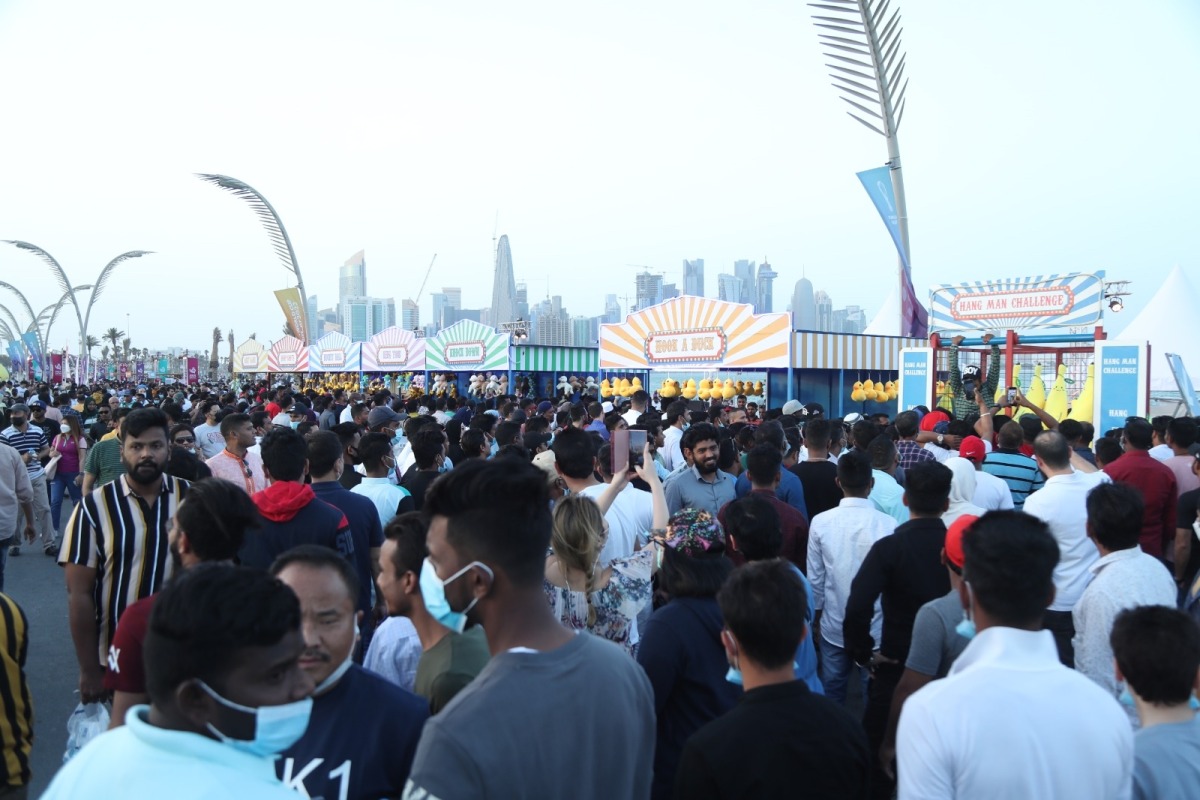 Thousands of people throng the Doha Corniche where Qatar Tourism has kicked off the three-day Eid Festival yesterday. Pic:Amr Diab

Satheesan and Anusan from Sri Lanka said the festival is astonishing and brings together communities once again. They came at Corniche at 4pm and tried some activities like the carnival games and tasted different delicacies.

Ahmad from Egypt who brought his two children aged four and five termed the event as fantastic. “My children loved it as the country is doing again big events,” he said.

Band will be staging a concert, and tomorrow, Saudi singer Sultan Khalifa or better known as “Hagrous” is set to perform. The Concert starts at 7.30pm which will continue till 9pm.

The three-day Eid Festival will continue until tomorrow, May 5.