Doha: Public Works Authority (Ashghal) has dedicated a lane on A-Ring Road only for public buses, taxis, and authorized vehicles to facilitate traffic and serve FIFA World Cup 2022 transportation plan. This is in coordination with The Supreme Committee for Delivery and Legacy, Ministry of Interior, Ministry of Transport, and Mowasalat (Karwa).

Eng Abdulaziz Al Mawlawi, Mobility Executive Director at the SC, said: “The bus lane will help to provide a smooth and environmentally-friendly transport experience for thousands of fans during the FIFA World Cup.” 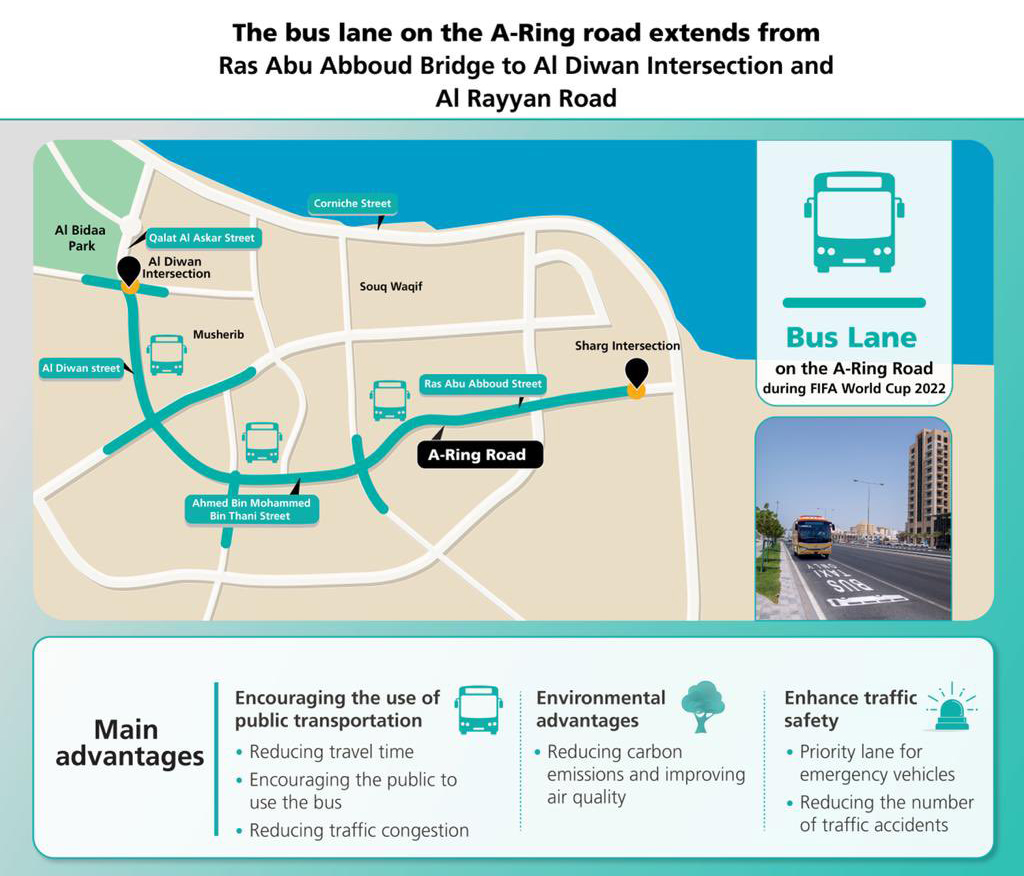 Lieutenant Eng. Khalid Nasser Al-Mulla, Head of the Technical team of the Corniche Closure Committee, pointed out that the new lane will be designated for public transport buses, taxis, and authorized vehicles such as emergency vehicles. All necessary traffic markings and directional signs that support law enforcement and the monitoring of traffic violations in future stages have been developed.

He added that a designated lane for public buses would reduce travel time and this will encourage the use of public transportation and reduce the number of personal vehicles on the road. The lane will also facilitate faster arrival of police and emergency vehicles to accident sites.

Saleh Saeed Al-Marri, Acting Director of Land Transport Network Planning Department in the Ministry of Transport, stated that, in addition to reducing travel time during World Cup, the bus lane will significantly contribute in reducing CO2 emissions as well as traffic congestion, especially in main intersections in Doha Central. this is in line with measures that will be taken during the tournament to reduce the use of personal vehicles, as environmentally friendly buses that run on electric energy will be operated. 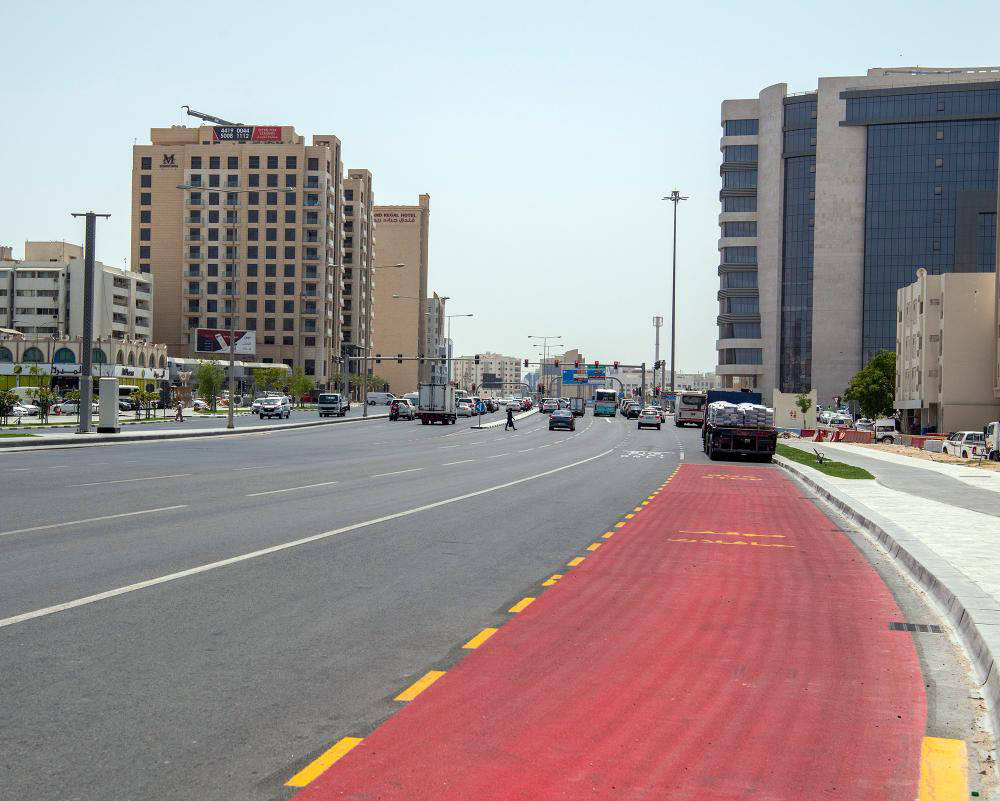 He added that the proposed bus lane on the A-Ring Road was designated for transportation during World Cup to achieve the desired goals, but this does not prevent the study of permanent bus lanes in the future on vital corridors and roads in the country, in line with the comprehensive transport plan for transport in the country, Qatar 2050, and the project to study the priority of bus lanes that the Ministry of Communications will prepare within the public transport network in the State of Qatar and evaluate the proposed measures in this regard.

He emphasized that the Ministry of Transport is working towards enhancing transport experience in general by adopting the latest, environmentally friendly urban and technological systems that serve transportation from different regions in the world.

Qatar at forefront of efforts to prevent spread of cyber-attacks