Doha:  The Public Works Authority ‘Ashghal’ has confirmed the completion of all projects serving the FIFA World Cup Qatar 2022.

The projects aim to enhance the overall fan experience during the tournament and leave an impression of the civilized legacy of the people of Qatar.

For over 10 years, Ashghal has been committed to implement all projects serving the FIFA World Cup Qatar 2022. These projects include a world-class developed network of expressways and main roads to pave the way to all tournament stadiums, sport facilities and the most vital attractions in the country. In addition to parks, beaches, public facilities, pedestrian and cycling paths along the roads, drainage and rainwater drainage networks.

Roads leading to the FIFA World Cup 2022 stadiums
Ashghal has succeeded in achieving an integrated road network with international standards serving all regions of Qatar that provide vital expressways linking major cities and residential areas while paving the way to the stadiums. All expressway projects leading to the stadiums have been completed with a total length of 1,791 km, in addition to 207 bridges and 143 tunnels.

Among the major roads that have been opened during the past years are Al Majd Road, Al Khor Road, Lusail Road, G-Ring Road and Al Rayyan Road. In addition to Sabah Al Ahmad Corridor, Khalifa Avenue and E-Ring Road.

These roads and other main and local ones not only link the stadiums but contribute to quick and easy access for fans to move between the stadiums and the most important tourist destinations around areas. In addition to facilitating access to various transportation means to achieve a unique experience for the fans. 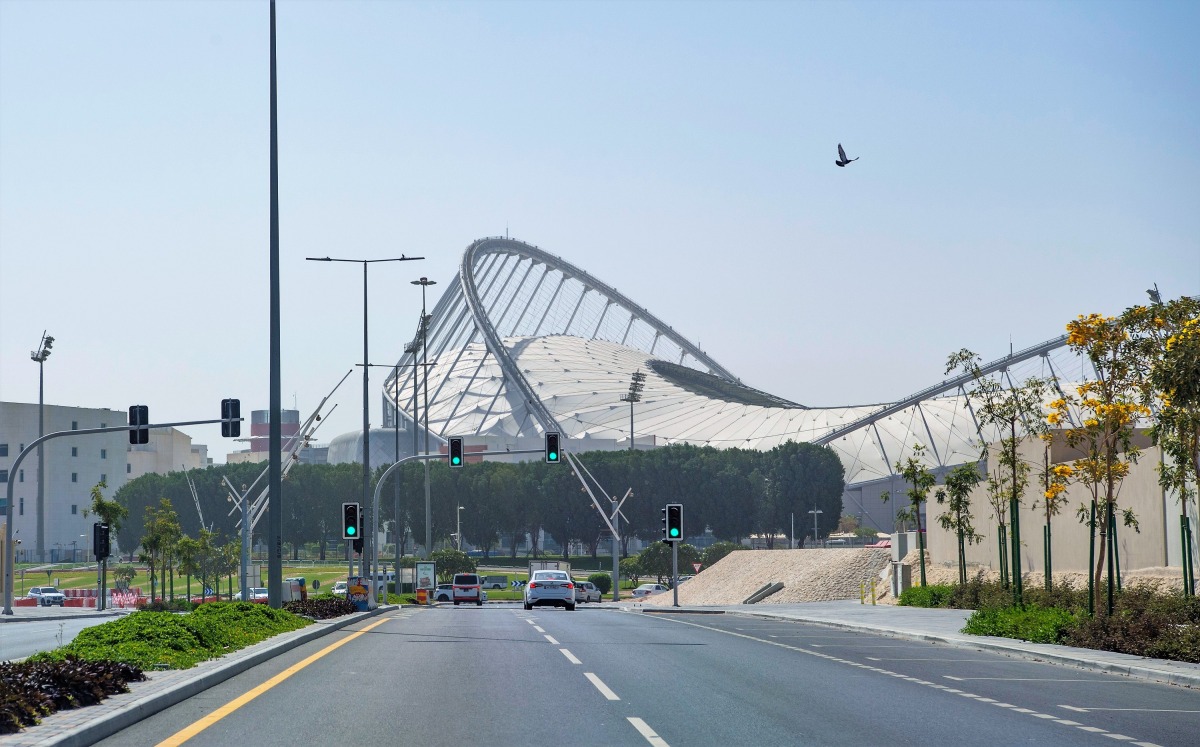 Doha Central & Corniche
The Supervisory Committee of Beautification of Roads and Public Places in Qatar has recently developed the overall look of Doha through developmental works on several roads and intersections, which in turn will contribute to enhancing safety and achieving traffic flow on the road network during the tournament.

The main works of the Corniche and Doha Central Development and Beautification Projects have been completed, which include the development of seven main areas between the Corniche and A-Ring Road. In addition to the implementation of a street lighting network, the installation of new traffic lights, the construction of multi-story parking buildings for parking and pedestrian bridges.

These projects include 28 km of road works and landscaping works on an area of 238,348 m2 in the heart of Doha. It aims to create a healthy environment that encourages living a healthy lifestyle. The importance of this area lies in the fact that it contains many tourist attractions such as the Corniche, parks, museums, shopping, and entertainment attractions.

Additionally, roads and parks have been developed in North West Bay and the area between the A-Ring Road and C-Ring Road. The project includes Al Dafna and zones 14, 15, 16, 24 and 25. It also includes 10 km of road works and landscaping works on an area of 420,942 m2. 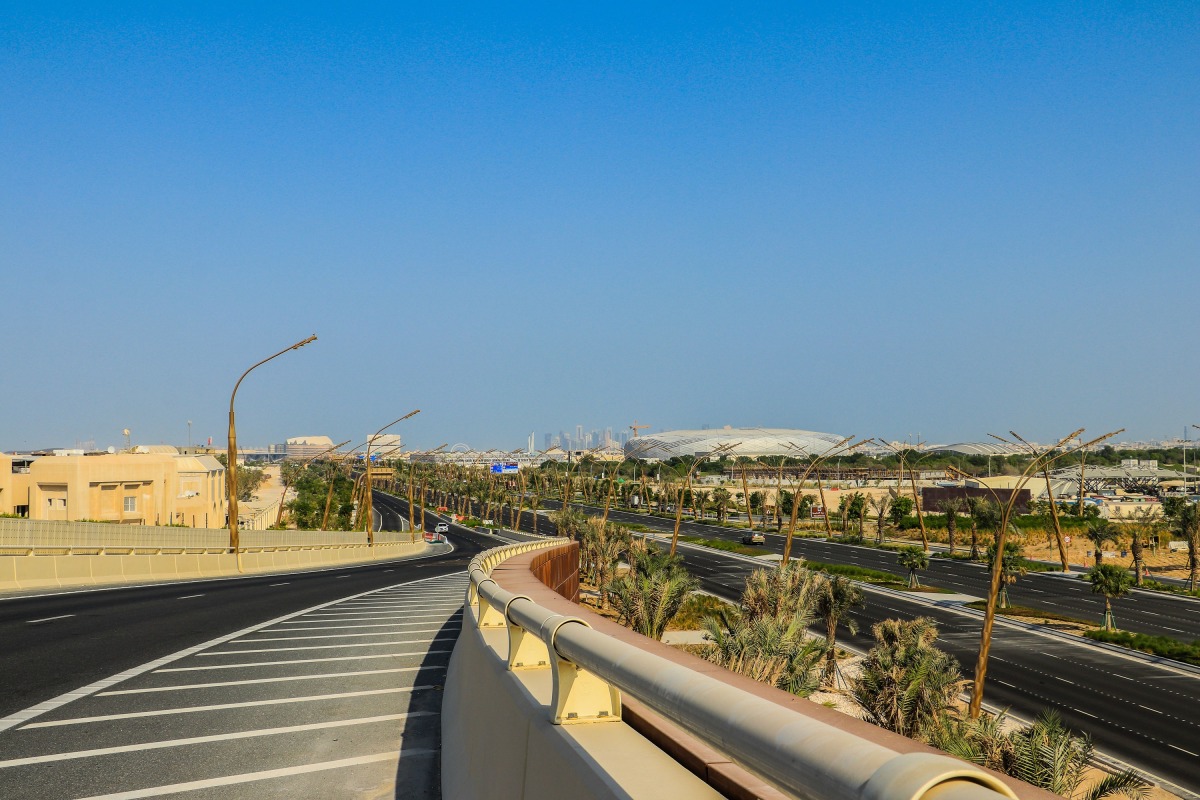 The Supervisory Committee of Beautification of Roads and Public Places in Qatar strives to create a healthy, cultural, and community-based environment that encourages both citizens and residents to adopt a healthy lifestyle through many of its projects, the most important of which is the development and beautification of Doha Central and Corniche Street that aimed at humanizing the roads and make them environmentally friendly.

Ashghal’s projects have focused on increasing green spaces and planting trees, as more than 11 million square meters of green spaces was planted and completed planting more than 900 thousand trees within “Qatar Beautification and Our Kids Planting Trees” campaign that was launched in cooperation with the Ministry of Environment and Climate Change in 2019, in addition to the completion of constructing and developing 11 public parks and green plazas that serve the public, which include the parks of Al Ebb, Al Gharrafa, 5\6, Kelaib, Al Abraj, Al Masrah, Abdulla bin Hamad Al Attiya, Post Office and Shura.

The committee has also achieved several beaches development and maintenance projects to serve the public during FIFA World Cup 2022 tournament, where 12 beaches, the most important of which is the beaches of Ras Bu Abboud and West Bay where they were developed into public beaches and recreational areas that include rest areas, games, beach services, kiosks, pedestrian and cycling paths that are developed in cooperation with the Ministry of Municipality. 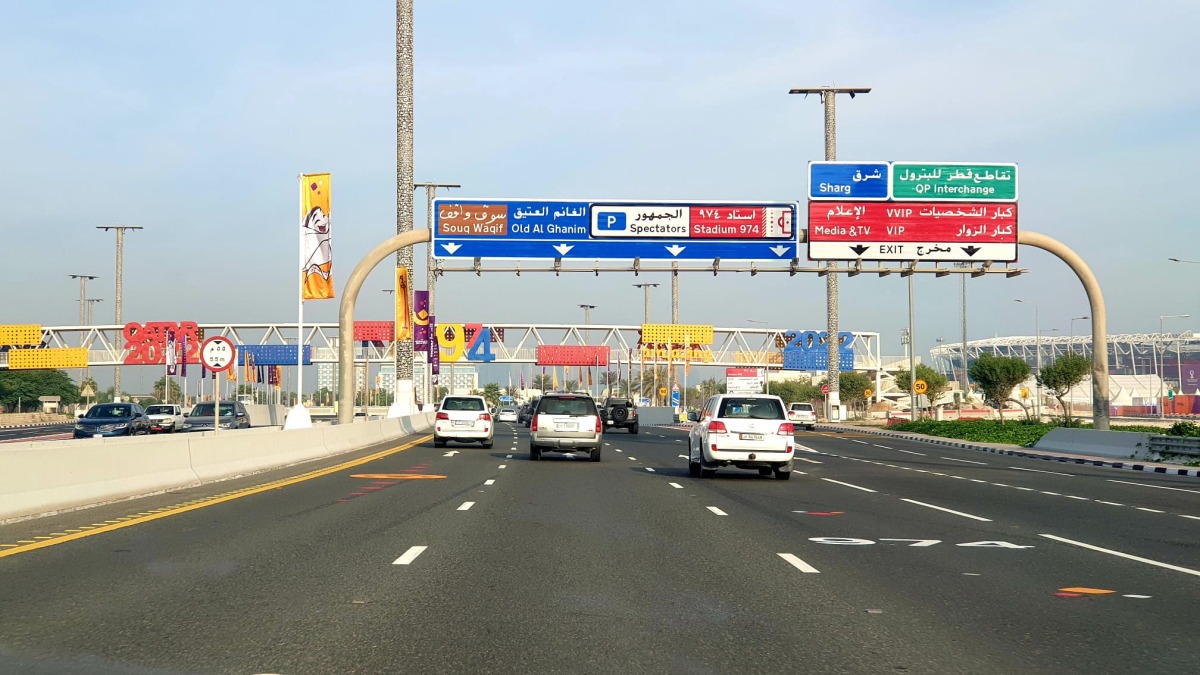 Public facilities that serve the public during and post FIFA World Cup 2022
Ashghal has worked on the construction of several public buildings of which the World Cup was one of its catalysts in the field of health, education, tourism, communications, and transportation, one of these major projects is the construction of 15 bus depots and stations that transport the public and facilitate transportation during FIFA World Cup 2022 in cooperation with the Ministry of Transport, and the construction of 3 plazas to become landmarks for celebrations and would accommodate a capacity of 5000 people, in addition to Al Bidda Park that accommodates 40-80 thousand people.

Ashghal has constructed residential units for FIFA World Cup 2022 fans that include 10,000 hotel rooms in Ras Bu Fontas, Rayyan and Lusail. This is in addition to the Panda Shelter and Umm Al Seneem Park in cooperation with the Ministry of Municipality and Dar Al Kuttub project with the Ministry of Culture, and development works of the Museum of Islamic Art with Qatar Museums.

It is worth noting that the total works of the biggest e-bus depot in Lusail provide approximately 478 parkings for e-buses that serve FIFA World Cup 2022 matches, which is the project that broke a new Guinness Record recently.

The construction of 8 bridges decorated with FIFA World Cup 2022 logos and its bright colors has been recently completed in various places in the country, in Al Furousiya street, Najma, Al Istiqlal, Al Khaleej, Onaiza, Doha Expressway and other bridges projects that are still ongoing in different places in Qatar such as the Industrial Area, Sadd, Markhiya, and Rawdat Al Khail as they are a total of eight bridges. 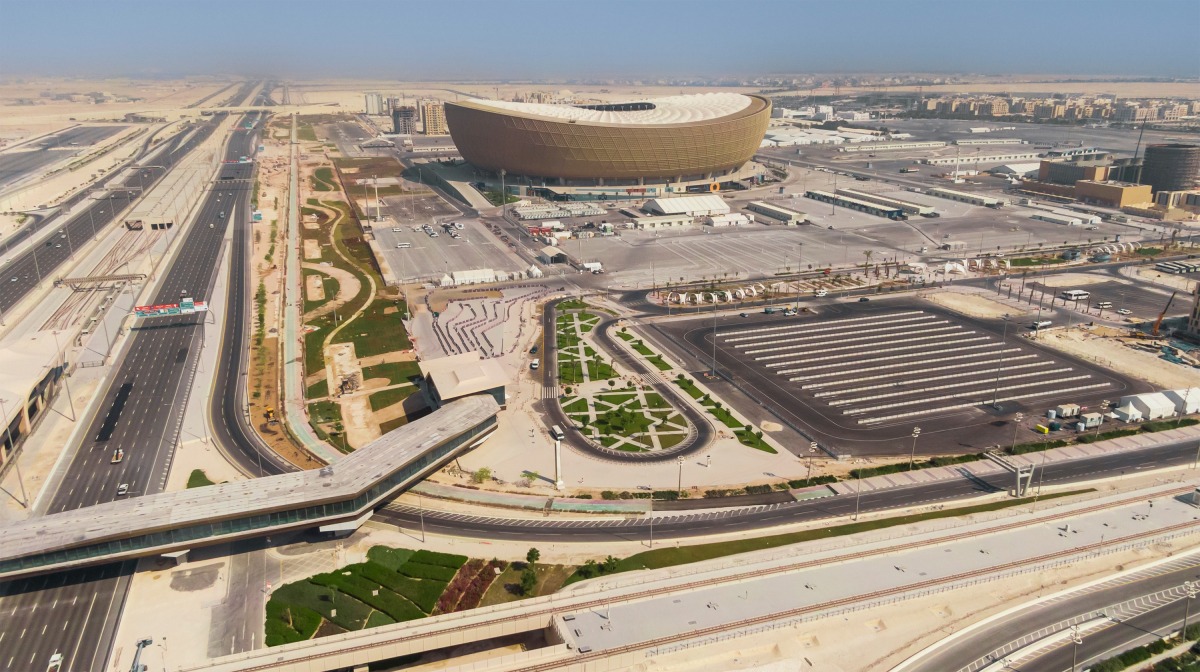 Projects backed by local resources
Ashghal has made continuous efforts to develop and support local Qatari contracting, manufacturing and consulting companies, to reduce dependency on foreign companies in implementation of infrastructure projects, and in line with country’s strategy to rely on national expertise providing an appropriate environment for Qatari companies to grow and to achieve competitive advantage by gaining experiences that qualifies them to enter the global markets and in to face future challenges.

In this context, the percentage of local material use has increased from 38% in 2016 to 75%. Local manufacturers and suppliers’ (national product) benefit from the basic materials used in infrastructure and construction works has reached QR3.2bn in less than a year, from the beginning of 2022 until today.

Ashghal is working to promote sustainability and recycling initiatives as a main objective, as it raised the percentage of recycled materials used in projects to 20% of the total materials used by 2022, in order to achieve sustainable development goals of Qatar National Vision 2030 aiming to achieve balance between economic growth and preservation of the environment.

A continuous journey
As the countdown begins for the big event, and in effort  to deliver infrastructure projects on time, Ashghal in direct coordination with the Supreme Committee for Delivery and Legacy, Ministry of Municipality, Ministry of Transport and Communication, is undertaking field visits to important areas with no exceptions, conducting meetings continuously on the highest level, to ensure direct cooperation in completing all urgent matters, including feedback for necessary adjustments, to present an image fitting of our country in this important event.

Ashghal has committed during the past years to accomplish many projects serving the tournament and beyond. There are currently more than 332 on-going projects managed by Ashghal portfolio, consisting of vital projects to develop citizens’ lands, construction of highway networks, government buildings, drainage networks, in addition to beautification and tree planting projects, all totaling to QR85.3bn.