Doha: The Torch Doha has set a Guinness Book of Records for the largest external 360-degree screen wherein it launched the screen officially yesterday.

Aspire Zone Foundation (AZF) originally planned the launching on June 6 but due to weather conditions it was re-scheduled yesterday. AZF CEO, Mohammed Khalifa Al Suwaidi received the certificate for the largest panoramic screen from the Guinness World of Records in a ceremony also yesterday. 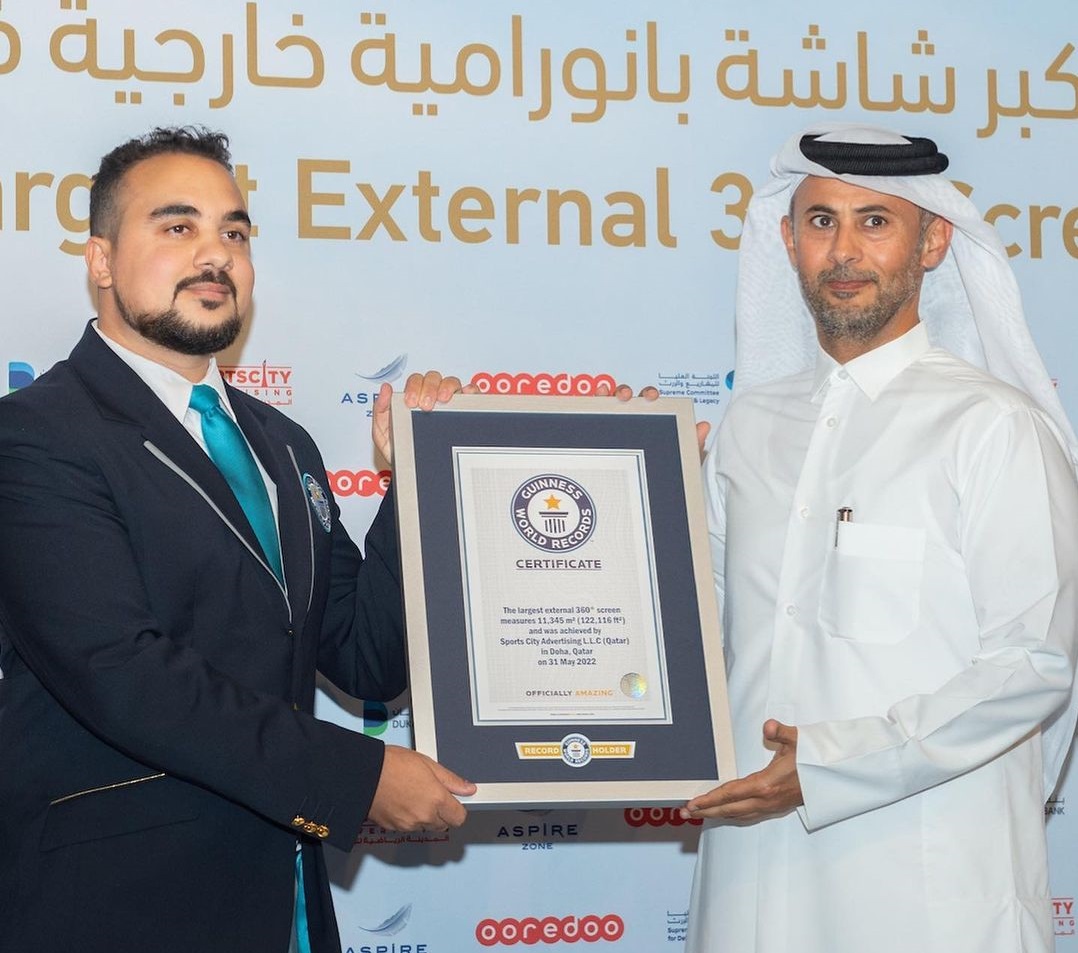 According to the Guinness World Records website: “The largest external 360 screen measured 11,345m² (112,116 ft² 81 in²), and was achieved by Sports City Advertising (Qatar), in Doha, Qatar on May 31, 2022. Sports City Advertising attempted this record to showcase the Torch Building that has the screen all around it. The Torch, also known as the Aspire Tower, has a total height of 298m (980ft), located in Doha.”

Situated at 300m high and with 360° panoramic views across the city, the Torch Doha is the result of comprehensive architectural, engineering and technical design, formerly shaped to represent a colossal torch for the duration of the 15th Asian Games in 2006 held its symbolic flame.