Doha: The opening ceremony of the FIFA World Cup Qatar 2022 at Al Bayt Stadium on Sunday saw the East, with a Qatari flavour, meet the modernity of the West.

The ceremony, which came directly ahead of the opening match between hosts Qatar and Ecuador in group A, saw a stunning light show.

The World Cup opening ceremony is considered one of the most important events that are aired globally and watched live worldwide.

Today's ceremony presented a contemporary global show that carried an important message from Arabs to the whole world, extending an invitation to unify humanity, and bridge the gaps between all differences based on race, culture, color and nationality through acceptance, respect and coexistence, with the World Cup serving as one tribe connecting peoples and the earth as a homeland for all. 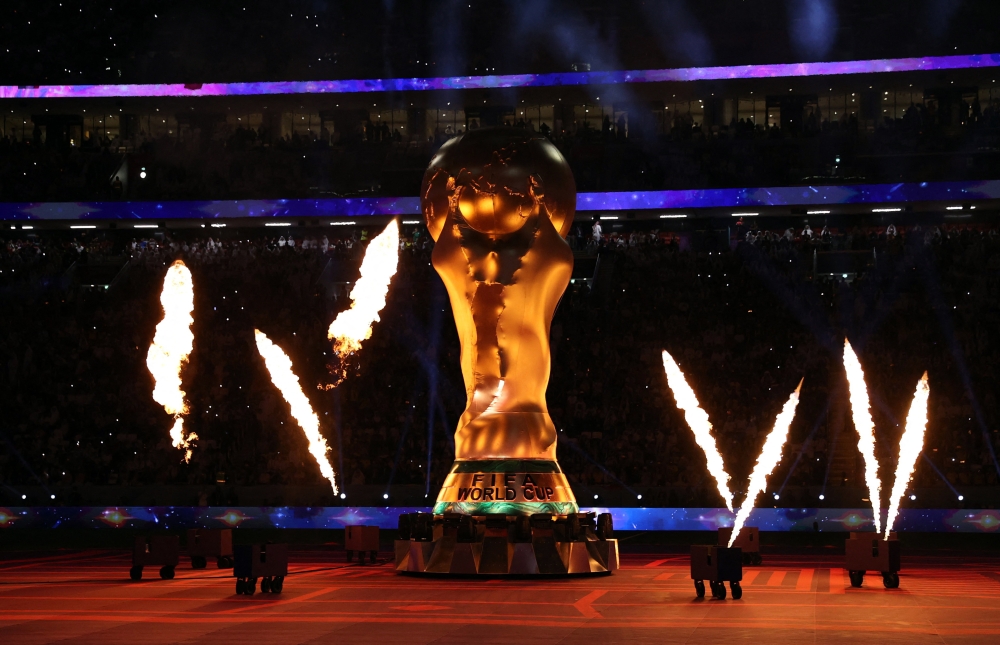 The show fused Qatari traditions with the global culture through seven dazzling performances.

The ceremony symbolically presented two bridges made of light, representing the significance of connecting the people's vastly distanced ideologies through dialogue and understanding to reach coexistence.

The first performance in the ceremony, entitled The Call, presented cinematic scenes of the response to a call from the sound of 12 strikes from a Golden Mortar by a Qatari woman. The sound, which calls for unification, is followed by a whale shark that the Qatari coasts are famous for, emerging from the sea and flying over an Arab land and desert.

The rhythm of the mortar, which symbolizes Arab hospitality, roams the five corners of the earth, so travelers hear the long-awaited call and begin their journey to connect together in Qatar at Al Bayt Stadium.

As the familiar sound of the mortar reverberates inside a tent, three Qatari women, in Qatari traditional dress, stand beside their camels. Then, Qatari artist Dana's voice is widely heard across the stadium while singing her I wish I were a Tent, inspired by a folkloric song from the Gulf region. The scene highlights the hardships of the journey, the beauty of being connected, and the sufferings of those waiting for their loved ones. 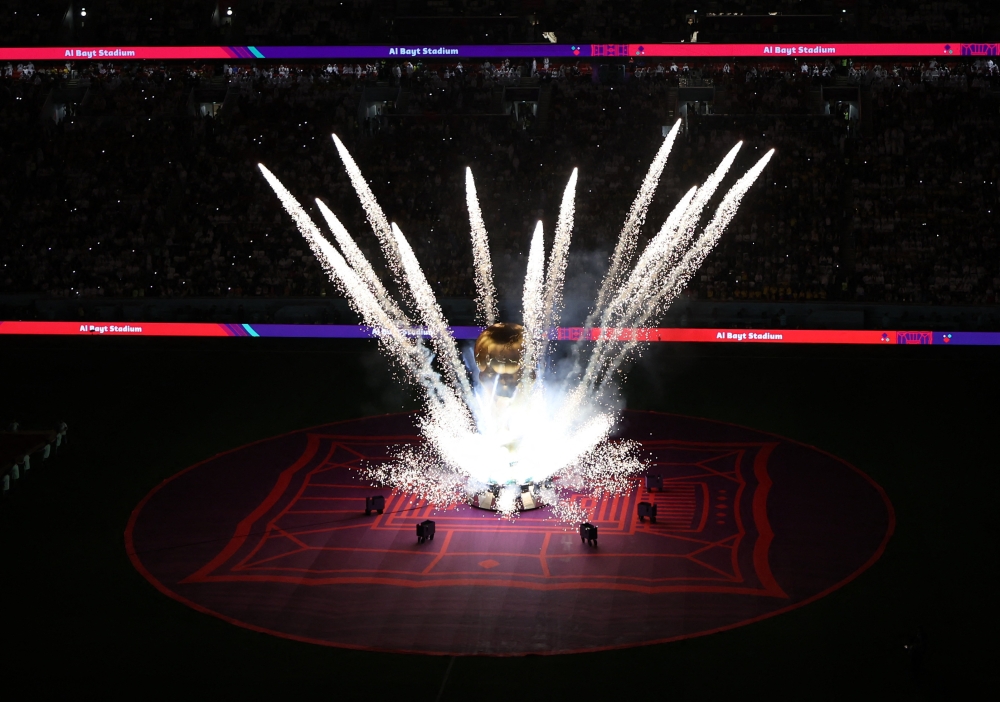 Then two luminous bridges appear and a globe forms under the feet of the travelers who wear clothes reflecting their diversified cultural heritage and races.

The first performance presented several symbols with each one carrying a specific meaning, with the mortar symbolizing Arab hospitality and the 12 strikes representing Qatar's 12-year preparations for the World Cup.