Doha: French Herve Renard, the coach of the Saudi national football team, confirmed that the Saudi national team have made their best to be at this edition of the World Cup Qatar 2022, pointing out that enthusiasm dominates the players for an honorable start against Argentina when the two teams meet tomorrow, Tuesday, at the beginning of their journey in the third group.

At the press conference today, Renard expressed his gladness for being at the Qatar World Cup, saying that the national team is excited to play the first match of the tournament against the Argentine national team, although they realize how difficult all matches in the World Cup are, but the players have the determination to play these matches. 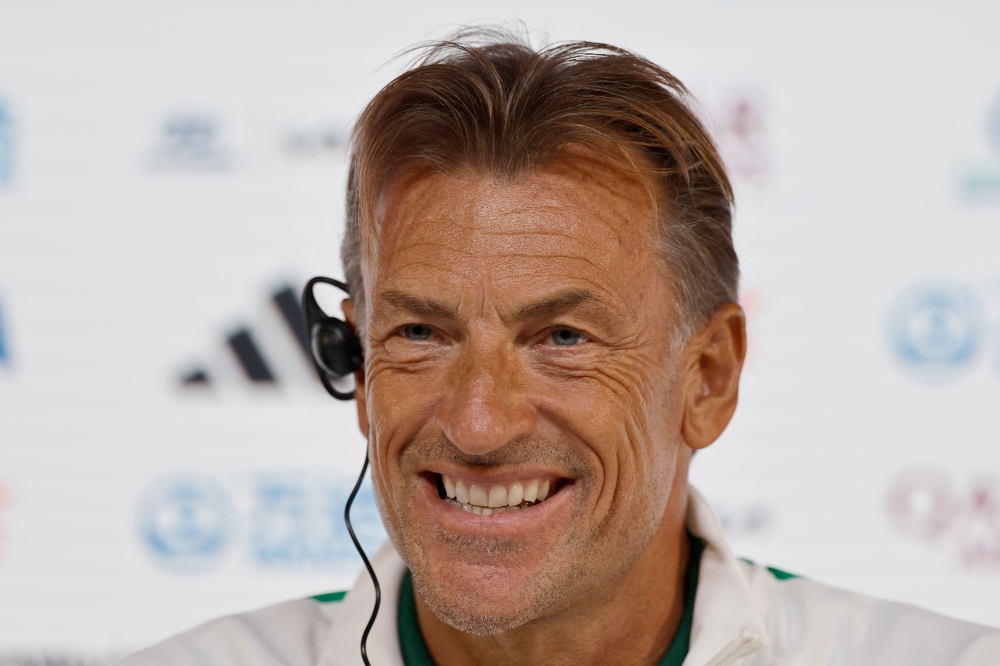 Renard added that Argentina is a candidate to win the Championship, confirming that the Saudi national team did not come to Qatar for a journey, but with the aim of being source of pride for Saudis, stressing his love for Qatar.

He confirmed that many Saudi players have already participated in the 2018 World Cup and no problem with goalkeeping, adding that they have a high combat soul and player Salman Al Faraj is training normally.

Renard mentioned that Messi is a legend, the best player in the French league and he is special, underlining the strength of other players too.

Saudi national team player Abdulelah Al Maliki commented that there is a lot of passion among the players for the first match against Argentina.

He added that participation in the World Cup is a pride for every player, and the confrontations will certainly not be easy, but Saudi preparations are good with the thoughtful program developed by the technical staff, as the preparation period passed well and there were no technical problems hindering the preparatory process.

He underscored that Saudi players will have a collective spirit, hoping to play a good match, confirming they have no problem with the weather in Qatar, adding they are ready to play at any time, day or night.

Argentina has been and is of the best teams in the world in the last two years, but the Saudi team has great public support, and this gives The Falcons the opportunity to perform greatly.

Al Maliki finished his statements to press by confirming that the Saudi players went through a good preparation, and came with the hope to provide levels that will delight the fans.