Saudi Arabia pulled off a huge upset against Argentina, 2-1 in Group C opener of the FIFA World Cup Qatar 2022 at Lusail Stadium, yesterday.

The game came like a shock for everyone as Saudis won, and the ever-supportive fans rejoiced through singing, chanting and dancing all the over the victory. Across the country, the Green Falcons fans, draped in their Saudi flags, jerseys, and hats were in euphoria as they celebrated their team’s win. They also thanked Amir H H Sheikh Tamim bin Hamad Al Thani and Qatari people for their support and great hospitality.

A number of enthusiastic fans shared their happiness for this historic moment with The Peninsula at Souq Waqif. Sultan Mohamad Sultan, a fan said: “The match between Saudi Arabia and Argentina was amazing. Our team showed  excellent performance and won the match.” 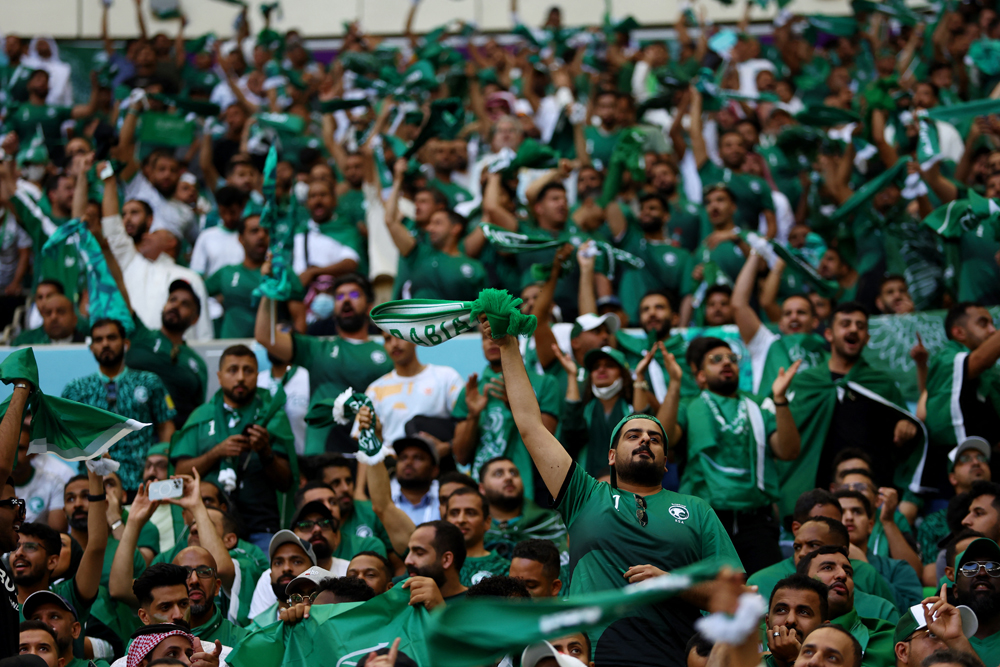 Habani Al Utaibi, a Saudi national, said: “This great victory was unexpected for many people but excellent performance of the team helped secure the victory.” He greeted Saudi, Qatari and all Arab people for the victory and thanked for their support to the Green Falcons.

Speaking about the support from Qatar, Al Utaibi said: “The unity of Qataris and Saudis were shown on many occasions. During today’s match Amir H H Sheikh Tamim bin Hamad Al Thani draped Saudi Arabia’s flag around his neck and few days ago Crown Prince and Prime Minister of Saudi Arabia HRH Mohammed bin Salman bin Abdulaziz Al Saud did the same by draping Qatari flag around his neck during a match between Qatar and Ecuador.” 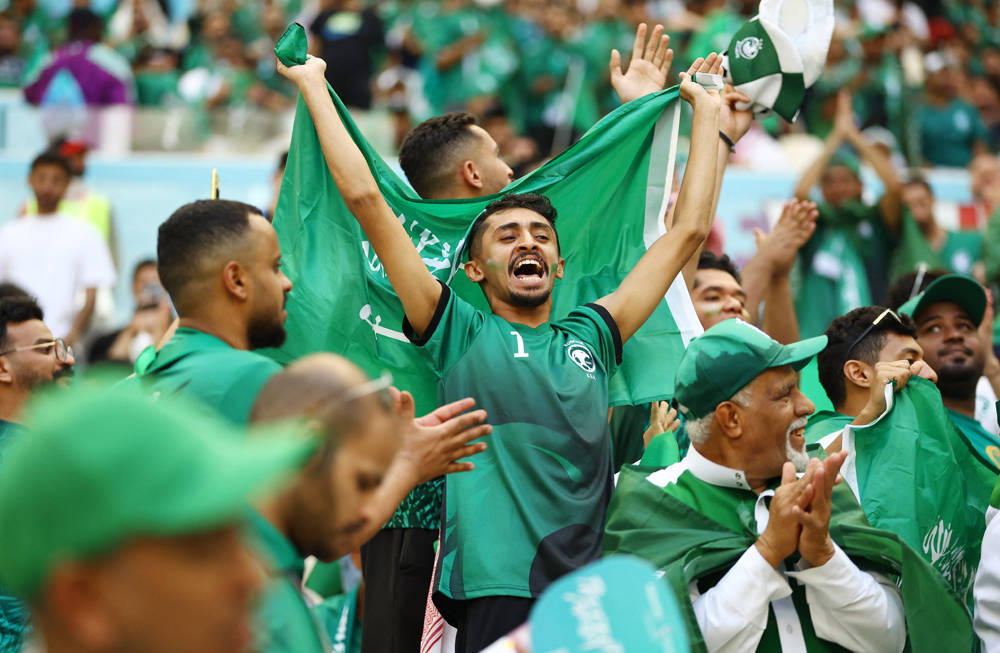 Regarding the performance of Saudi team, he said that all players performed well and expected even better performance in the coming matches.

A fan from Saudi Arabia, Mohamad Al Utaibi said: “Word is not enough to express our happiness over this historic win in the World Cup, which is first time is being held in an Arab country with great success.” He said that it was not easy for Saudi team to win the match over Argentina, which is a two-time winner of the World Cup, adding, “Our team did a great job by securing the victory which jacked up their morale to win the coming matches.”

Abdurrahman Sadiq Talhiya from Saudi Arabia said: “Our team today won a tough match. The victory was unexpected but the team did this great job. I hope that the team will do better in coming matches.”