Set to bring out the inner geek in everyone, Geekdom has moved its celebration of all things nerdy to Lusail Boulevard with daily passes available on a first-come-first-served basis for QR10.

Providing a platform for all geeks to share their passion for pop culture, and for every visitor to experience events that engage and inspire, Geekdom will feature a day to celebrate cosplay, nerve-wracking video game tournaments, screenings of celebrated films, fun karaoke nights and an electrifying concert for Ajyal Tunes Geekdom Night.

Visitors will discover a rare collection of pop-culture memorabilia curated by Qatar-based collectors at the Geekdom Gallery and an artists and vendors alley will showcase local and regional artists’ work for passionate collectors. The Geekdom Lounge houses the most popular board games, card games, manga reading sessions and an ongoing calendar of video games and tournaments.

In addition to FIFA 23 | Overwatch 2, video game tournaments that will bring together the best of best in video gaming include the Super Smash Bros. 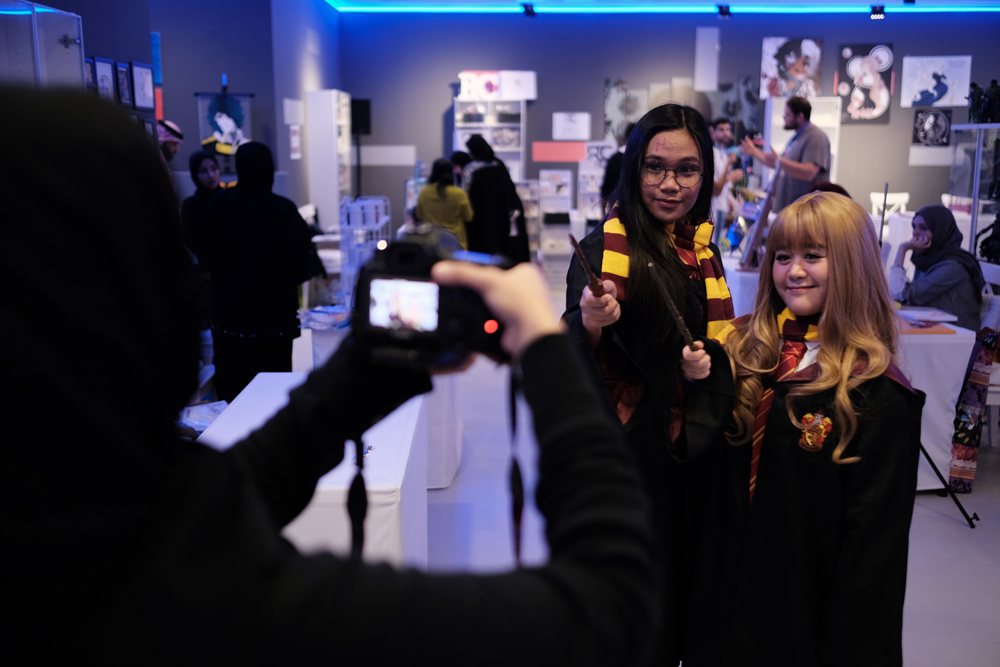 Geekdom screenings commence on December 3 with Lilo & Stitch (USA/2002) directed by Dean DeBlois and Chris Sanders. Other films screening are: Only Yesterday (Japan/2022) by Isao Takahata; Hercules (USA/1997) by Ron Clements and John Musker; Spirited Away (Japan/2005) by Hayao Miyazaki; The Secret World of Arrietty (Japan/2010) by Hiromasa Yonebayashi; Lupin III The First (Japan/2020) by Takashi Yamazaki; Guardians of the Galaxy (USA/2014) by James Gunn; Star Wars: Episode IV – A New Hope (USA/1977) by George Lucas; Mulan (USA/1998) by Barry Cook and Tony Bancroft; Mulan II (USA/2004) by Darrell Rooney; Batman Returns (USA/1992) by Tim Burton; The Dark Knight Rises (USA/2012) by Christopher Nolan; and Weathering with You (Japan/2019) by Makoto Shinkai.  Excitement awaits visitors with this year’s Geekdom Talks diverse topics which include How to create your OC, Creating Anime Content: How to go viral on social media, The opportunity of Gaming and eSports and ways to move forward, Cosplaying 101 and much more.

A selection of short films all from Qatar will also be screened as part of the Geekdom Shorts Programme on December 11. These include: Qarar (Qatar/2014) and I (Qatar/2012) both by Ali Al Anssari; Ruqya (Qatar/2010) by Fahad Al-Kuwari; and Topaz Duo: Cosmic Phoenix (Qatar/2012) by Ben Robinson. The Ajyal Tunes Geekdom Night will be on December 16, with several talented Qatar based musicians on stage at Qatar Foundation’s Oxygen Park for the grand closing ceremony.