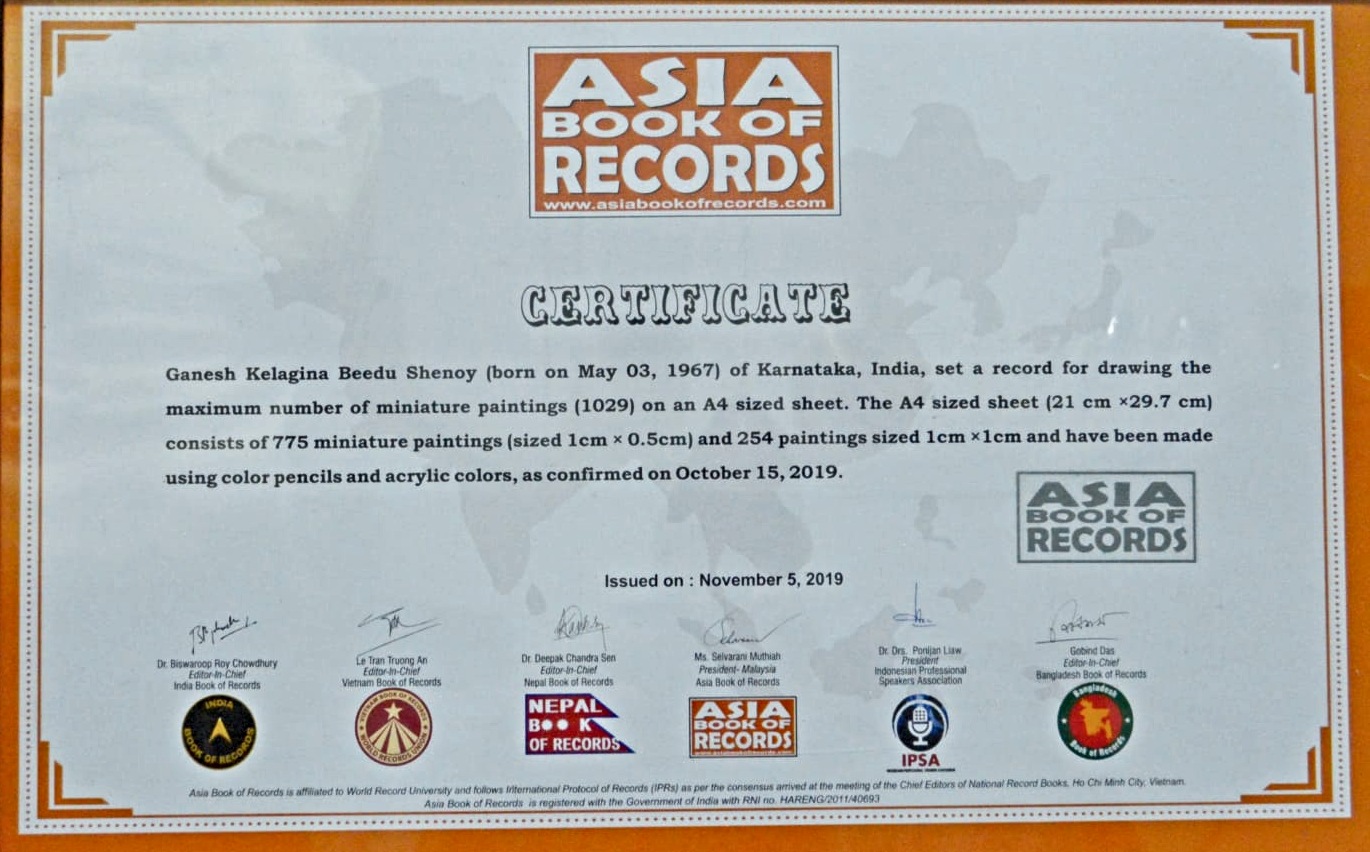 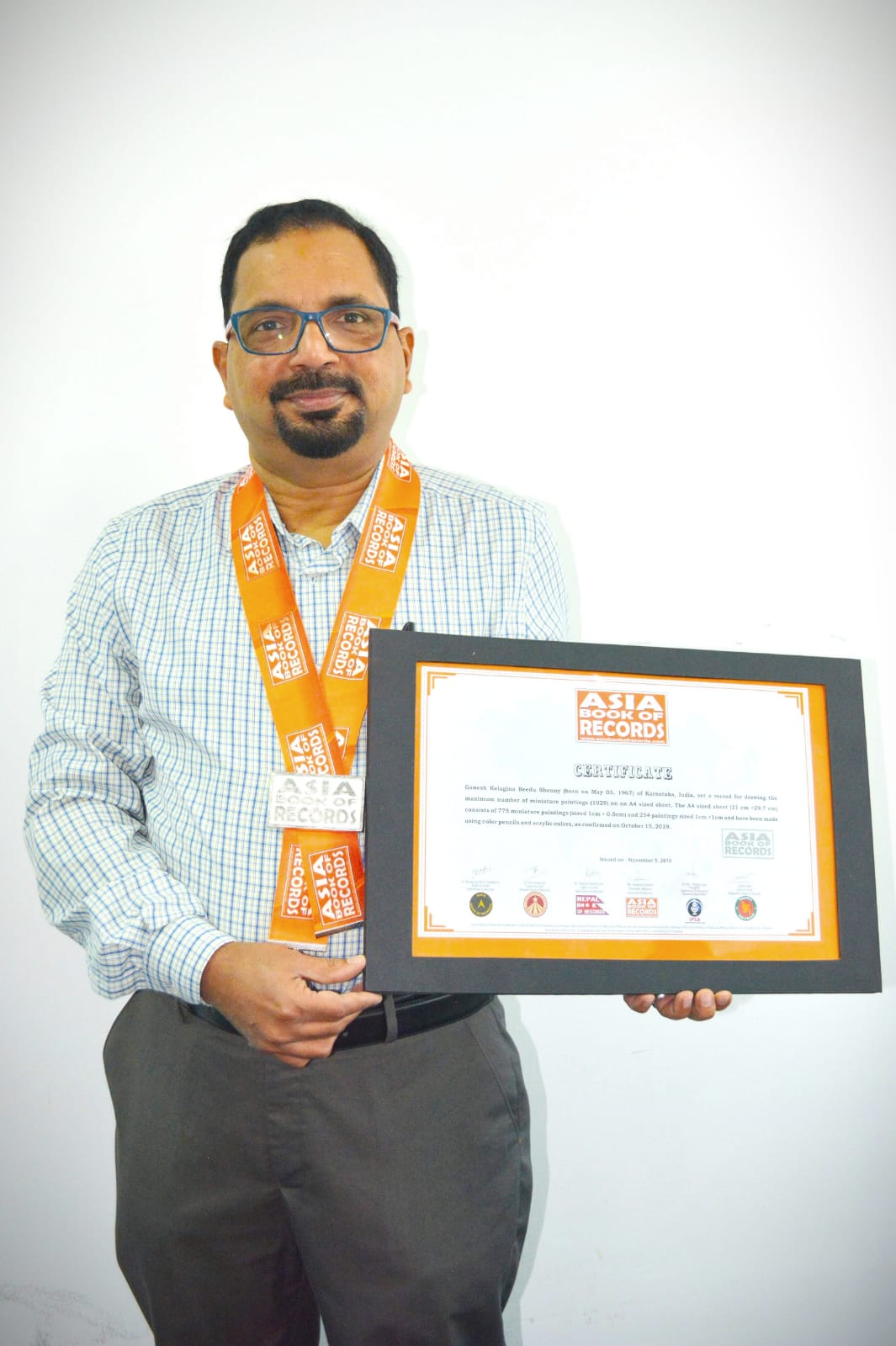 Ganesh Shenoy is from Mangalore, India and he is the son of veteran artist and Lalit Kala Academy award winner Late K.Pundalik Shenoy. His mother Late Padmini Shenoy was also a noted artist of South India. Right from his childhood he is interested in painting and has secured many prizes / recognitions and had conducted exhibitions of his artworks.  Last year one of his paintings was featured in “L’Osservatore Romano” – newsletter of Vatican City.

Ganesh uses many mediums and styles while painting. His favorite styles are pointillism, mosaic, and expressionism. Ganesh Shenoy has never sold his paintings for personal gain. He always donates his paintings to philanthropic organizations so that they can sell and utilize the proceedings for charity work. 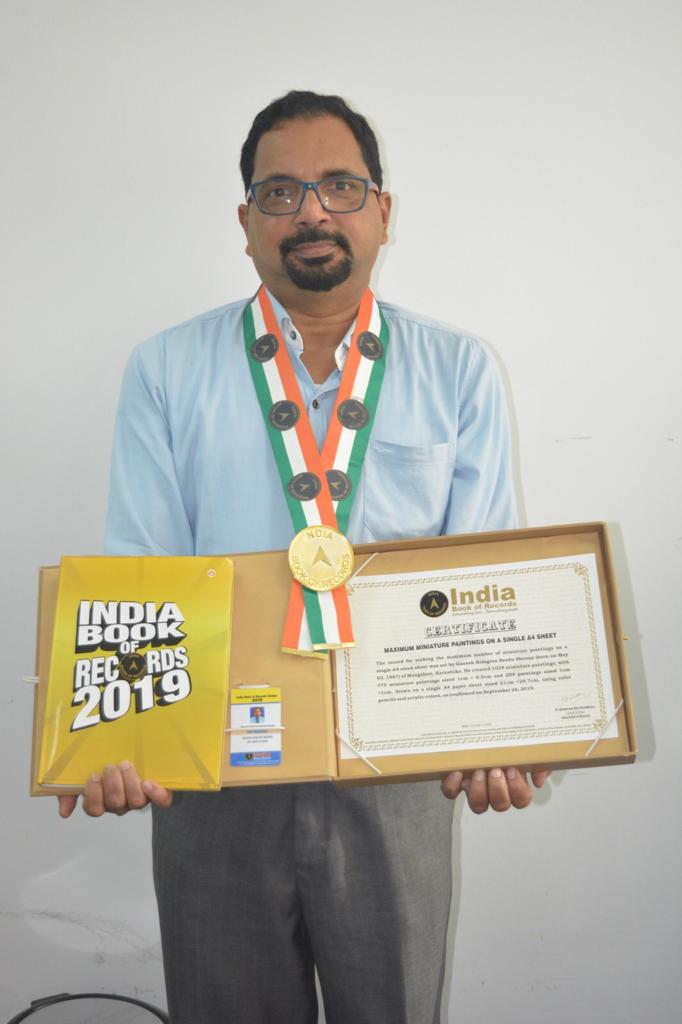 Ganesh Shenoy is working as an HR Manager in Teyseer Services Company at Qatar. He is living with his wife Arti Shenoy in Doha - Qatar since from the past 12 years. His daughter Anisha Shenoy is pursuing her MBBS in KVG Medical College, Sullia, Karnataka.