Berlin: The State of Qatar, through the Qatar Fund for Development, donated one million euros to restore 8 children's football fields in the German state of Rhineland, after the sports infrastructure collapsed due to floods last year.

Ambassador of the State of Qatar to the Federal Republic of Germany HE Sheikh Abdullah bin Mohammed bin Saud Al-Thani laid the foundation stone for the stadiums.

During the foundation stone laying ceremony, the Ambassador said that he took the initiative to contact the stakeholders in the state immediately after the flood disaster, to find out the problems faced by the residents of the region, and how the State of Qatar can help them. 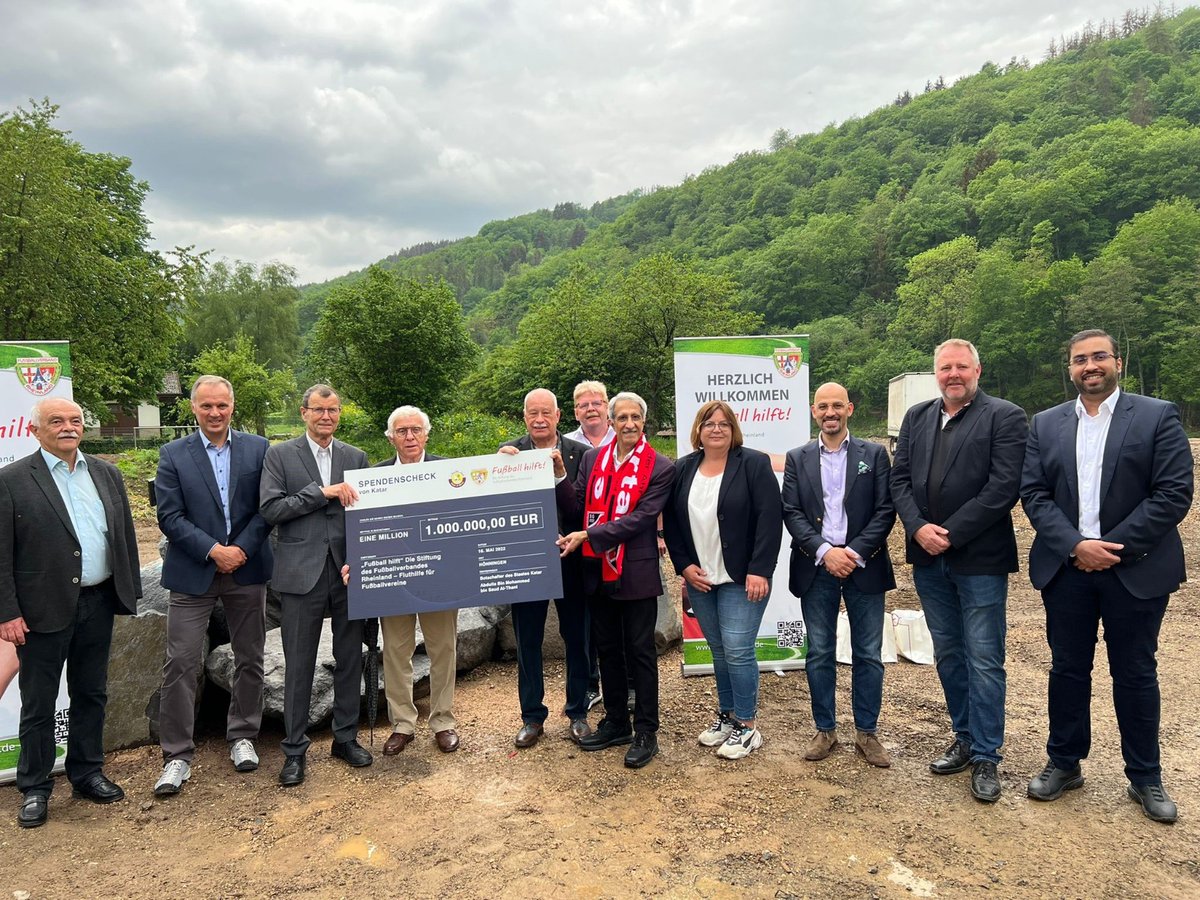 For his part, the President of the Rhineland State Football Association, Walter Desch, confirmed in a statement to the newspaper "Frankfurter Allgemeine" and German channel Sport1, that the Qatari initiative helped the Federation take a big step towards restoring sports life in the region, and enabled the clubs to continue their mission in providing their services to the young generation.

Norbert Fayzy, a member of the (Fuball hilft) Foundation's Board of Directors, expressed his happiness with the initiative of the State of Qatar, and indicated that these donations will give his foundation the opportunity to provide immediate and direct assistance to the sports sector, so that children and young people do not stop playing football.

A number of German media praised Qatar's donation, stressing that it contributes to the return of children to football fields.

The first German channel reported that children's hopes to play football again on professional pitches will see the light of day after the donations of the State of Qatar to the Rhineland Federation and the (Fuball hilft) Foundation, to spend on the project to build football fields for children in the state of Rhineland.

Meanwhile, Rheinland Zeitung newspaper reported that more than five clubs that had not found a place for ten months to play football due to the collapse of the sports infrastructure, will soon be able to restore their activity thanks to the amount of one million euros provided by the Qatari people to the state clubs.