Doha: Prime Minister and Minister of Interior H E Sheikh Khalid bin Khalifa bin Abdulaziz Al Thani inaugurated the emblem of the State of Qatar in its updated version which aims to create a unified visual identity of the emblem for all state authorities. This came during a ceremony that was held on this occasion at the National Museum of Qatar yesterday.

At the outset of the inauguration ceremony, a documentary film was screened that featured the evolution phases of the state emblem over the years since its first official launch and use in 1966, and until the present day.

The updated version of the emblem preserves the historic components and their indications and bears the values, history and the heritage of the State of Qatar to collectively constitute a visual symbol indicating the characteristics and features of the State.

It summarizes in its essence (the sword, the sea, the boat and the palm), which was expressed in a modern style, starting from the inspiration of the sword of the founder Sheikh Jassim Bin Mohammed Bin Thani to the palm that reflects the states pride, generosity and giving, which is linked to the land of Qatar, in transition to what distinguishes its geographical nature, since Qatar is a peninsula surrounded by the sea on three sides.

In addition to the boat that embodies the era of the economy that was based on pearl fishing in a period of time, and the boat still distinguishes Qatar’s beaches, its wealth and marine environment. The emblem also reflects the nature and spirit of the Qatari human, the son of the sea and the desert, the tools of production and harvest, and the protection of the security and peace of the country. 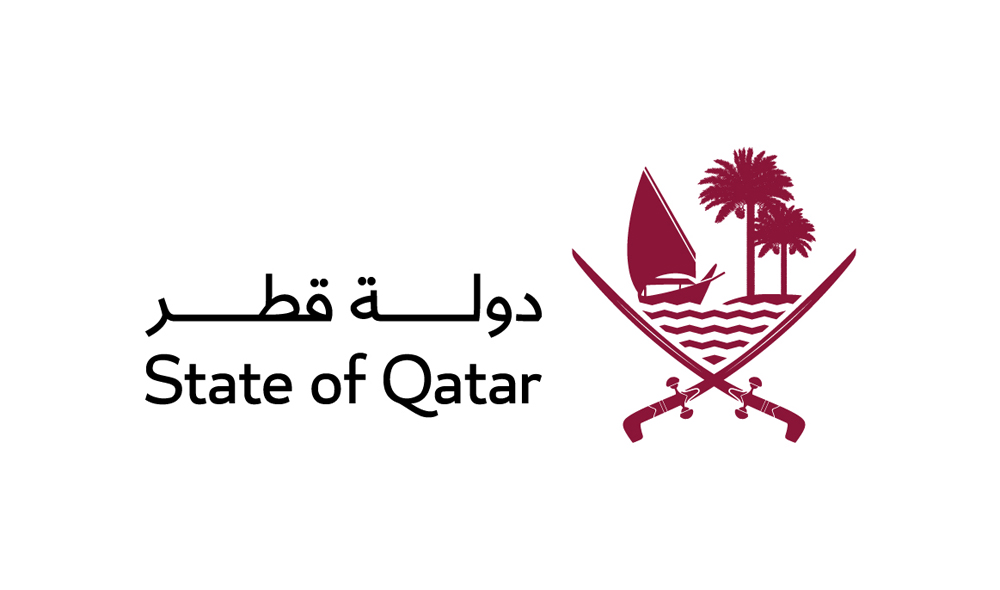 The emblem used the color of the flag of the State of Qatar ‘the maroon’, and the white color which symbolizes peace.

The ceremony was punctuated by the presentation of the unified standards for the new visual identity and its online platform.