Doha: Hamad International Airport has been named the World’s Best Airport for the second year running. The announcement took place at the 2022 World Airport Awards, held at Passenger Terminal EXPO in Paris, France on June 16, 2022. 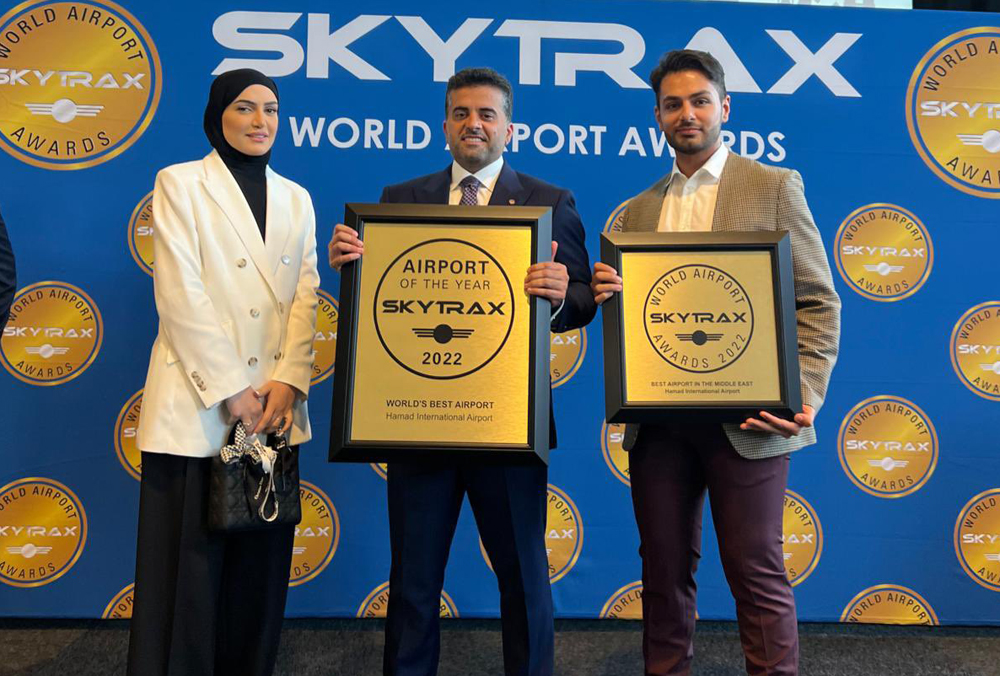 “We are thrilled that Qatar’s main gateway to the world has once again been named the world’s best airport at the 2022 World Airport Awards – adding another milestone achievement to HIA’s history. Our commitment and service excellence continues to be a benchmark in the aviation industry thanks to our staff and stakeholders' commitment and dedication – as we all look forward to an even brighter year ahead, said Engr. Badr Mohammed Al-Meer, Chief Operating Officer at Hamad International Airport.

The World Airport Awards are the most prestigious accolades for the airport industry, voted by customers in the largest, annual global airport customer satisfaction survey. They are regarded as the quality benchmark for the world airport industry, assessing customer service and facilities across over 550 airports.

The survey and awards are independent of any airport control, influence or input. Analysis of the results shows a close correlation to customer numbers using the airports during 2021, a time when varying travel conditions remained in place across many global regions, and with air travel quickly returning across most of the world, more normal times are coming back.