Doha: As the renovated Old Doha Port opens its door for tourists, another attraction at the same venue will soon be inaugurated, the Grand Cruise Terminal. The terminal will ensure marine access to Doha and the Gulf during the FIFA World Cup and beyond.

The terminal is expected to see its first arrival this Thursday, November 10, 2022, when the MSC World Europa anchors in Qatar. This is the first of the three cruises that will serve as floating hotels for the World Cup visitors. 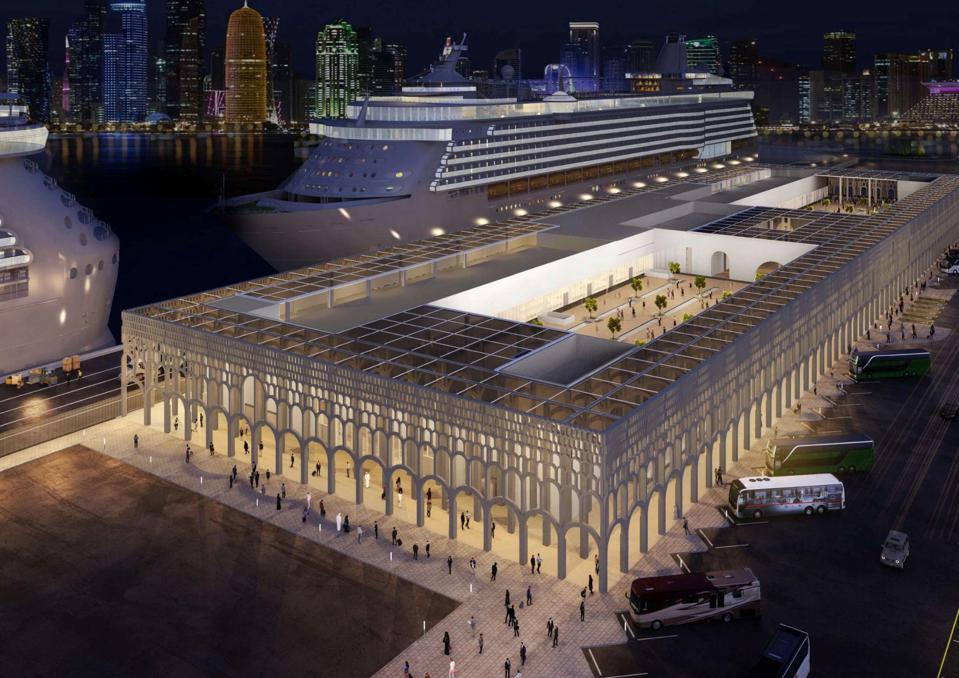 Rendering of the cruise terminal

Named one of the world’s most beautiful cruise terminals by Forbes, the Doha Port’s Grand Cruise Terminal will be able to host two megaships at the same time and includes an aquarium and art gallery.

It honours traditional Arab architecture and restores the historic link between Doha and its marine environment.

According to Qatar Tourism, the terminal is expected to receive more than 300,000 tourists annually.